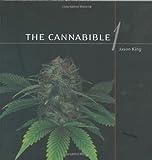 Product Description
The CANNABIBLE mothership has landed! For the first time, the stickiest, ickiest buds from the best-selling series have been rolled together into a single mind-blowing package. Renowned pot connoisseur and photographer Jason King has selected his favorite marijuana strains from the coffee shops of Amsterdam to the mountains of Afghanistan to the volcanoes of Hawaii, each one illuminated by stunning photos and enlightened commentary. Housed in a gorgeous … More >>

Product DescriptionThe definitive guide to the Dutch seed strains that are taking over the world. The best articles... Read More »

Sacred Mushrooms and the Law

Product DescriptionSacred Mushrooms and the Law is the only book covering the legal landscape underlying psychedelic mushrooms. All... Read More »